Fully featured CD ripping program able to take out most of the tedium. Fully accurate, has advanced features most rippers don't, yet has no bloat and is cross-platform.

Or use your favorite AUR installation method.

If the latest build is broken, you can find older ones in the nightly release page

All are available on any up-to-date Linux distribution's package repositories. To compile and install on any *NIX platform:

cyanrip can be also built and ran under Windows using MinGW

Arguments are optional. By default cyanrip will rip all tracks from the default CD drive, output to flac only, enables all cd-paranoia error checking and performs a MusicBrainz lookup.

In case the MusicBrainz database doesn't contain the disc information, is incomplete, or incorrect, you can manually add metadata via the -a argument for album metadata and -t argument for track metadata:

All key=value pair tags must be separated by :. For track tags, the syntax is -t track_number=key=value:key=value. You need to specify the -t argument separately for each track.

The same goes for album tags, with album= and album_artist= being omitable.

For album tags, if either artist or album_artist are unset, their values will be mirrored if one is available.

By default, track 1 pregap is ignored, while any other track's pregap is merged into the previous track. This is identical to EAC's default behaviour.

You can override what's done with each pregap on a per-track basis using the -p track_number=action argument. This argument must be specified separately for each track.

If the pregap offset isn't available for a given track, this argument will do nothing.

cyanrip guarantees that there will be no discontinuities between tracks, unless the drop action is used to delete a pregap.

To embed cover art for the whole album, specify it with the -C path or -C destination=path parameter. path can be a URL, in which case it will be automatically downloaded.

Cover arts which are not attached to a track will be copied to each output directory as destination with an autodetected extension.

If a release ID is specified or detected, and no Front or Back cover arts were specified, a query will be made to the Cover Art Archive and if found, the archive cover art will be downloaded and used.

cyanrip supports ripping multi-disc albums in the same output folder. To enable this manually, specify the -c argument followed by disc/totaldiscs (/totaldiscs is optional), otherwise it'll be done automatically if the MusicBrainz tags indicate so.

As well as using the -c argument, you can also specify the disc=number:totaldiscs=number in the album/track metadata.

If each disc has a title, you should use the discname tag if you're manually setting tags, which is what MusicBrainz will set if available.

cyanrip can decode and detect HDCD encoded discs. To check if a suspected disc contains HDCD audio, rip a single track using the -l argument and look at the log. A non-HDCD encoded disc will have:

If the CD does contain HDCD audio something similar to the following will be printed:

Should a track be detected as HDCD, it would be safe to proceed decoding all of the disc. The resulting encoded files will have a bit depth of at least 24 bits.

At the end of the ripping process, cyanrip will print and log a summary of cdparanoia's status during ripping. This can be used to estimate the disc/drive's health.

An idealized disc and drive will only log READ: $number$ and nothing else. This happens while ripping from a file. In general READ/VERIFY/OVERLAP are normal and will happen when ripping a brand new CD with a new drive. FIXUP_EDGE/FIXUP_ATOM usually happen if cdparanoia is somewhat struggling, but both are recoverable and lossless. FIXUP_DROPPED/FIXUP_DUPED indicate more severe errors, but are still recoverable and lossless, though a hard read error will often follow. READERR indicates that cdparanoia gave up after all retries and outputted zeroes for all samples it couldn't recover.

cyanrip supports highly flexible naming schemes via a custom syntax. You can extensively customize how all files and directories are named.

The default naming scheme for albums is Album name [Format] if the releasecomment tag is empty or Album name (Release comment) [Format] if it isn't. For tracks, its Track number - Track title.Extension if there's a single disc in the album or Disc Number.Track number - Track title.Extension if there are multiple. The log file will be named Album name.log in each of the output folders unless there are multiple CDs in the album, in which case it'll be Album name CD1.log for the first CD and so on.

If you would like something different, read on. If for a one-off you'd like to specify a different directory name, you can just use -D Directory and not read further.

Conditions are possible and must follow this syntax: {if #token1# != #token2#album name is |album|}. Condition tokens must be wrapped in # tags, and both must exist. In between the 2 tokens must be either > or < or == or !=. If any of the tokens inside the # tags matches a metadata key, it is replaced with a value, otherwise its taken literally (so if the album tag exists, #album# resolves to the album name, otherwise to just album).

If an arithmetic comparison is used when both tokens are strings, the result of strcmp is used. If only one is a string, its pointer (always above 0, unless the token did not match a metadata key, in which case 0) is used.

If the condition is true, everything after the last token's # is copied, with any metadata tags there wrapped with |. Otherwise, nothing is copied.

The ripping log name and location can be modified via the -L argument. By default its set to {album}{if #totaldiscs# > #1# CD|disc|}, which resolves to Album name.log for 1 CD and Album name CD1.log if there are multiple CDs and you're ripping the first.

If invalid symbols are found in a file or a folder, such as : or /, the symbol is by default substituted with a unicode lookalike, such as ∶ or ∕ respectively. If this is undesirable, this can be overridden via the -T simple argument. This will replace all invalid symbols with _. In case you're on an operating system with more liberal allowance on filenames, you can use the -T os_unicode option to allow symbols like : not supported on Windows to be passed through. Note that this will make files like these not accessible on Windows, unless renamed, so use this only if you're sure.

Whipper Whipper is a Python 3 (3.6+) CD-DA ripper based on the morituri project (CDDA ripper for *nix systems aiming for accuracy over speed). It star 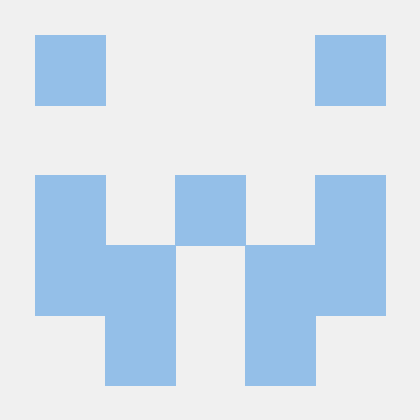