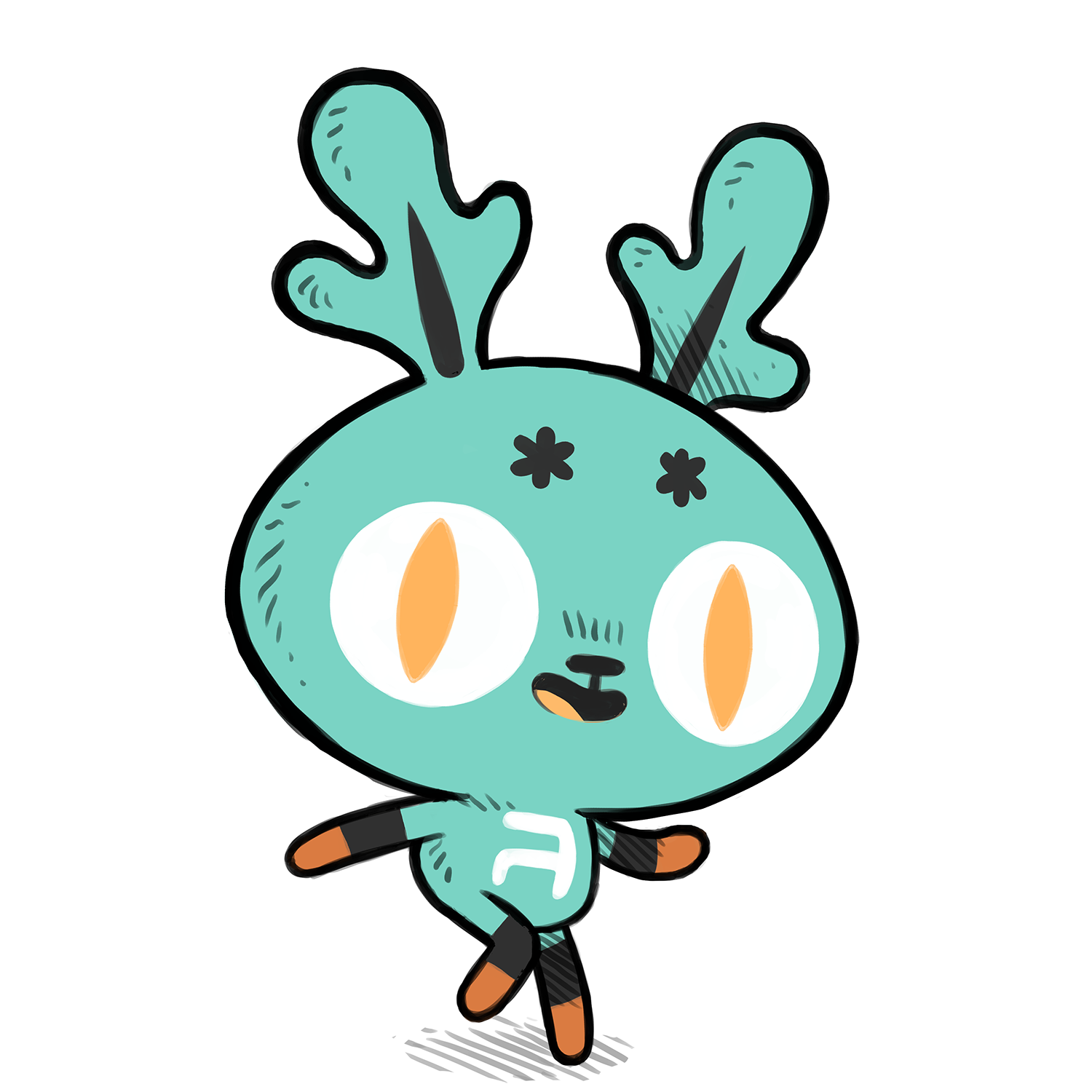 This application is not a synthesizer, but a livecoding environment capable of sending MIDI, OSC & UDP to your audio/visual interfaces, like Ableton, Renoise, VCV Rack or SuperCollider.

If you need help, visit the chatroom, join the forum or watch an tutorial.

If you wish to use Orca inside of Electron, follow these steps: 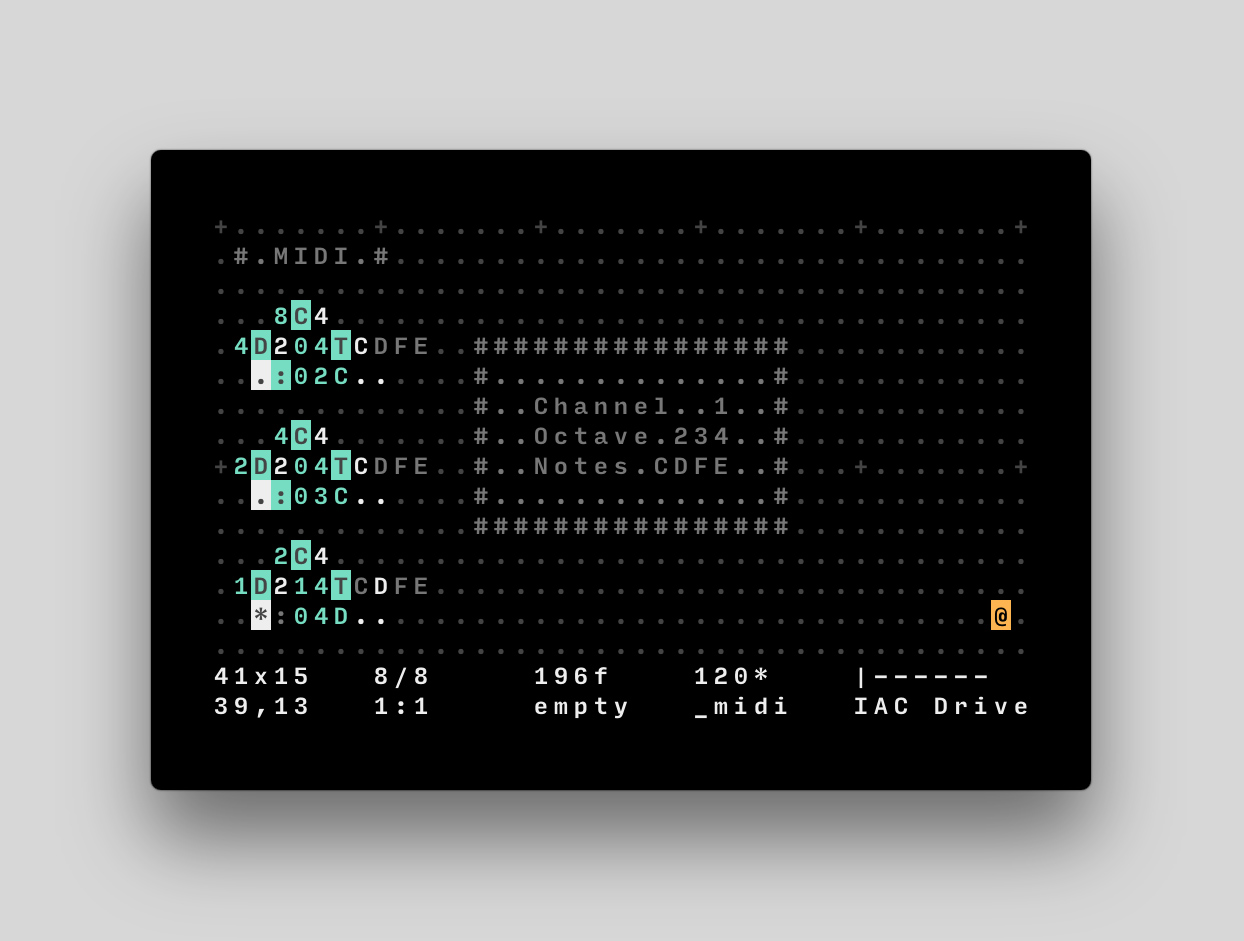 To display the list of operators inside of Orca, use CmdOrCtrl+G.

This operator is very similar to the default Midi operator, but each new note will stop the previously playing note, would its length overlap with the new one. Making certain that only a single note is ever played at once, this is ideal for monophonic analog synthetisers that might struggle to dealing with chords and note overlaps.

This is a command (see below) rather than an operator and it combines the MIDI program change and bank select functions.

The syntax is pg:channel;msb;lsb;program. Channel is 0-15, msb/lsb/program are 0-127, but program will automatically be translated to 1-128 by the MIDI driver. program typically correspondes to a "patch" selection on a synth. Note that msb may also be identified as "bank" and lsb as "sub" in some applications (like Ableton Live).

msb and lsb can be left blank if you only want to send a simple program change. For example, pg:0;;;63 will set the synth to patch number 64 (without changing the bank)

The UDP operator ; locks each consecutive eastwardly ports. For example, ;hello, will send the string "hello", on bang, to the port 49160 on localhost. In commander, use udp:7777 to select the custom UDP port 7777, and ip:127.0.0.12 to change the target IP. UDP is not available in the browser version of Orca.

You can use the listener.js to test UDP messages. See it in action with udp.orca.

The OSC operator = locks each consecutive eastwardly ports. The first character is used for the path, the following characters are sent as integers using the base36 Table. In commander, use osc:7777 to select the custom OSC port 7777, and ip:127.0.0.12 to change the target IP. OSC is not available in the browser version of Orca. 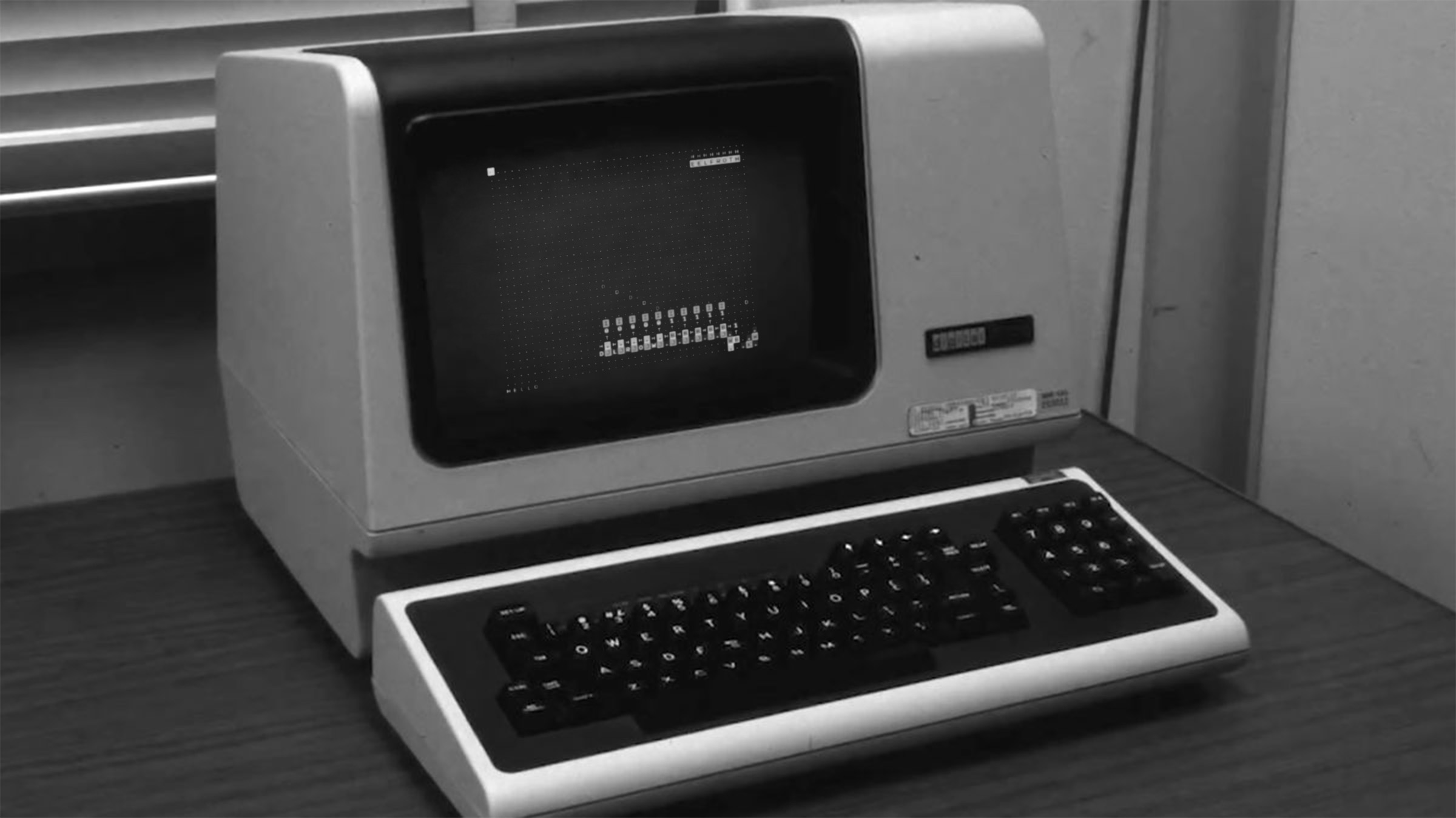 Some of Orca's features can be controlled externally via UDP though port 49160, or via its own command-line interface. To activate the command-line prompt, press CmdOrCtrl+K. The prompt can also be used to inject patterns or change settings.

You can quickly inject orca files into the currently active file, by using the command-line prompt — Allowing you to navigate across multiple files like you would a project. Press CmdOrCtrl+L to load multiple orca files, then press CmdOrCtrl+B and type the name of a loaded .orca file to inject it.

All commands have a shorthand equivalent to their first two characters, for example, write can also be called using wr. You can see the full list of commands here.

Orca operates on a base of 36 increments. Operators using numeric values will typically also operate on letters and convert them into values as per the following table. For instance Do will bang every 24th frame.

The midi operator interprets any letter above the chromatic scale as a transpose value, for instance 3H, is equivalent to 4A.

We only use github to host the javascript versions of our applications, for the C and Assembly versions, see: https://git.sr.ht/~rabbits/

ChucK Please note that the master branch has been renamed to main. The Internet Engineering Task Force (IETF) points out that "Master-slave is an oppr

Installation | Docs | Changelog | Contributing composers chatting Alda is a text-based programming language for music composition. It allows you to co

Sonata is looking for new maintainers! I (@multani) don't use Sonata much anymore and as a consequence, I've been very slow to answer even to the few

The git repository of the advanced drum machine

Hydrogen drum machine Hydrogen is an advanced drum machine for GNU/Linux, Mac and Windows. It's main goal is to bring professional yet simple and intu

LMMS A soft PR-Freeze is currently underway to prepare for refactoring (#5592). Please do not open non-essential PRs at this time. What is LMMS? LMMS

tbon Typographic Beat-Oriented Notation for music Tbon aims to be the fastest way to enter pitches, rhythms, meter and dynamic levels from a computer

Audacity is an easy-to-use, multi-track audio editor and recorder for Windows, Mac OS X, GNU/Linux and other operating systems. Developed by a group o

Streaming music player that finds free music for you

CoffeeCollider CoffeeCollider is a language for real time audio synthesis and algorithmic composition in HTML5. The concept of this project is designe

Fork of the original rubyripper from code.google.com/p/rubyripper + some bugs fixes 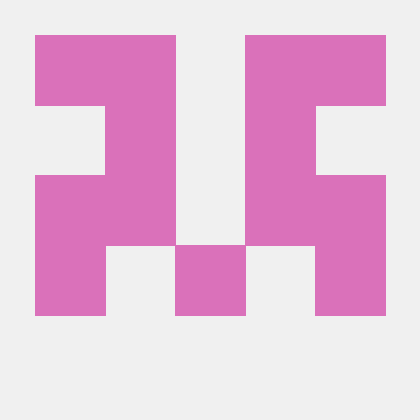 A music composition library for Clojure and Clojurescript.

Leipzig A composition library for Clojure and Clojurescript by @ctford. Use Include it as a dependency in your project.clj, along with Overtone: [over