This project is based on mps, a terminal based program to search, stream and download music. This implementation uses YouTube as a source of content and can play and download video as well as audio. The pafy library handles interfacing with YouTube.

A standard search is performed by entering / followed by search terms.

Search result items can easily be stored in local playlists.

YouTube playlists can be searched and played or saved as local playlists.

A playlist search is performed by // followed by search term.

Content can be downloaded in various formats and resolutions.

An album title can be specified and mps-youtube will attempt to find matches for each track of the album, based on title and duration. Type help search for more info.

Search results can be customised to display additional fields and ordered by various criteria.

This configuration was set up using the following commands:

Note: ~/.local/bin should be in your PATH for --user installs.

To install the experimental development version and try the latest features:

(youtube-dl version dowloaded directly from youtube-dl website can't be used by mps-youtube. While the version in the repositories is usually outdated)

For mpris2 support, install the python bindings for dbus and gobject:

You can install mps-youtube directly from the official repositories:

You can install mps-youtube directly from the official repositories:

Alternately, you can install mplayer with MacPorts:

As an alternative to installing with pip, there is a standalone binary available. Go to Releases and download mpsyt-VERSION.exe under downloads for the latest release.

Install the python colorama module to get colors (optional):

Mpsyt requires a player to use as a backend, with either mpv or mplayer supported. Mpv is the recommended option.

Mpv can be downloaded from https://mpv.srsfckn.biz/

Extract both mpv.exe and mpv.com to the same folder as mpsyt.exe or to a folder in the system path.

Alternately, mplayer can be downloaded from http://oss.netfarm.it/mplayer

Extract the mplayer.exe file, saving it to the folder that mpsyt.exe resides in (usually C:\PythonXX\Scripts\) or to a folder in the system path.

Check out this repo:

Now run the container interactively with:

In order to have access to the local sound device (/dev/snd) the container needs to be privileged.

Enter h from within the program for help.

An IRC channel #mps-youtube for the project is available on Freenode (chat.freenode.net:6697). You can join directly by clicking this link.

Contributions are welcomed! However, please check out the contributing page before making a contribution.

Curseradio Internet radio in the terminal Curseradio is a curses interface for browsing and playing an OPML directory of internet radio streams. It is

A Ruby gem that beautifies the terminal's ls command, with color and font-awesome icons. :tada:

Color LS A Ruby script that colorizes the ls output with color and icons. Here are the screenshots of working example on an iTerm2 terminal (Mac OS),

A smart and nice Twitter client on terminal written in Python.

:duck: DuckDuckGo from the terminal

ddgr ddgr is a cmdline utility to search DuckDuckGo (html version) from the terminal. While googler is extremely popular among cmdline users, in many

:mag: Google from the terminal

googler is a power tool to Google (web, news, videos and site search) from the command-line. It shows the title, URL and abstract for each result, whi

Git repository summary on your terminal

undistract-me Notifies you when long-running terminal commands complete. What is this? Does this ever happen to you? You're doing some work, and as pa

A smarter cd command for your terminal

zoxide A smarter cd command for your terminal zoxide is a blazing fast replacement for your cd command, inspired by z and z.lua. It keeps track of the

replaces fish history with a history tailored to pentesters for efficency and newbie pentesters for learning. this is also useful for begginer linux users as i have included descriptions of the file structure and basic commands, also includes commands for several different distro's.

fishfry replaces fish history with a history tailored to pentesters for efficency and newbie pentesters for learning, new linux users, and several dis 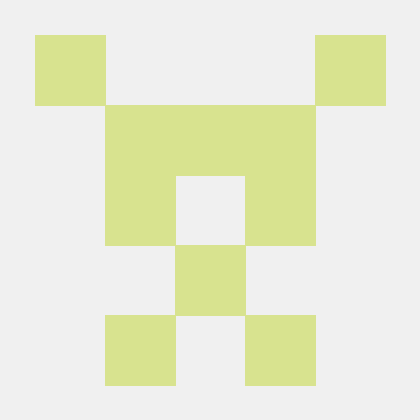 A new way to see and navigate directory trees : https://dystroy.org/broot

Broot A better way to navigate directories Install Broot Get an overview of a directory, even a big one br -s Notice the unlisted? That's what makes i 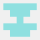 gkill - Interactive process killer for Linux and macOS Install go get github.com/heppu/gkill Usage Run gkill and select process you want to kill by u

Glances an Eye on your system. A top/htop alternative for GNU/Linux, BSD, Mac OS and Windows operating systems.

Linux Kernel Manager and Activity Monitor ?? ?? The kernel is the part of the operating system that facilitates interactions between hardware and soft

Quick and simple image processing at the command line. :hammer: